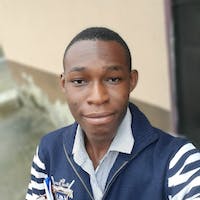 Subscribe to my newsletter and never miss my upcoming articles

Before proceeding into what I've for this article, let's recap on what was discussed at my previous article: Promises in JavaScript: Part 1.

Promise is a special object that notifies JavaScript of the progress that goes on at the Web Browser background when fetching a data from the internet or making a promise object.

Here are points to note using the .then method:

Now let's look at an example having multiple Asynchronous instruction to be executed. The example below is to fetch a data from the internet fetch and also display a string after a given duration setTimeout().

The example above is gotten from the course: Javascript: The Hard Parts on Frontend Masters

Looking at the example, knowing what I've written about in previous articles, you'll expect all synchronous instructions to be executed first, then setTimeout() and finally fetch.

Hmm! Will it be so? Lets good through the explanation and see if it's so...

Meanwhile, blockFor200ms() is executing, Twitter's API which is to return a response data, has returned the response data which is "Hi everyone, how's your day?".

It took 100ms to get the response data from Twitter, meanwhile, blockFor200ms() is still executing. Then the response data gets added the value property in the promise object and automatically sent to the display function in the onFulfilled property.

At this point, display function is ready to be executed and get added to Call Stack but unfortunately it can't.

Why? Well blockFor200ms() isn't done executing and is in the Call Stack already. So where does it get added?

Remember printHello and display hasn't been executed, for JavaScript engine to know which of the functions is to be added to the Call Stack, the Event Loop is needed. The Event Loop checks if Call Stack is empty or not.

Event Loop has been discussed here

At this point the Call Stack is empty, so the Event Loop checks first, if the Microtask Queue has a reference to a function to be executed.

Meaning the function itself isn't in Mirotask Queue, its just a reference to label display at the Global Memory where it is stored to be used, same goes to functions I have addressed without the parenthesis ()

Yeah, it does have reference to display function, so display() gets added (pushed) to the Call Stack. When done executing, it gets popped off the Call Stack.

Then finally, the Event Loop checks if the Callback Queue has a reference to a function to be executed. 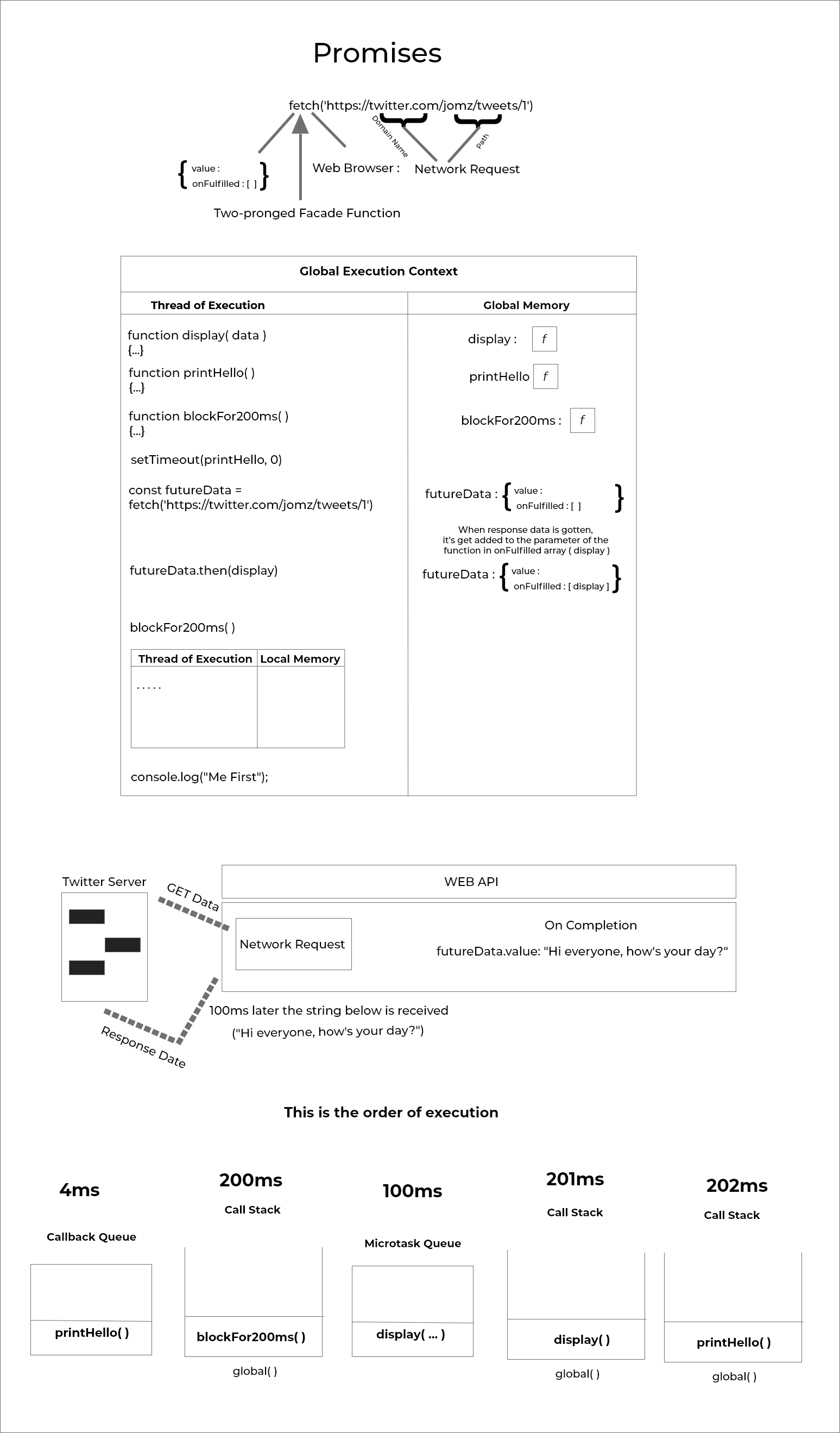 If you've read my previous article I mentioned that they're three properties in a promise object, which are value and onfulfilled. The last one is onrejection. This is when there is some sought of errors while fetching a data or you just want to display an error.

In order to display an error in a much more presentable way, you'll have to make use of these methods:

Wow! The explanation is lengthy. But I hope it's helpful

Just to be clear on everything that I've discussed, whenever a facade function e.g. setTimeout(), setInterval() and so on, takes a callback function and a duration in this because it's get added to the Callback Queue.

Meanwhile, a two pronged facade function fetch and a promise object created new Promise(...) having a function to be executed gets added to the Microtask Queue not the Callback Queue.

The Event Loop has a higher priority to check the Microtask Queue firstly before the Callback Queue to push any function in them to the Call Stack.

Thanks for Reading if you've read so far. I'll see you at the next article.

Thank you very much, I'm just sharing what I've learnt 😊